The practice was up 20 percentage points over the findings of the 2020 Cover Crop Benchmark Study.

If you can’t seem to get cover crops planted immediately after harvest, don’t worry — you can still realize the benefits by interseeding them into cash crops.

Roughly one-third of growers participating in the 2021 Cover Crop Strategies Cover Crop Benchmark Study are using the practice, compared to 13.5% in the 2020 study. The majority (70%) are interseeding less than 300 acres, while 17% interseeded 300-499 acres only a handful did more than 500 acres.

Interseeding cover crops into corn is a common approach. Some 15% of growers are seeding when corn is at the V5 stage (8-12 inches tall), which scientific data say is the optimal time. Another 11% of growers interseed at the R5 (dent) stage.

Only 12% of survey respondents interseeded covers into soybeans. About 42% of soybean growers are doing this at R7 (beginning maturity), followed by R8 (full maturity) at 16% and R6 (full seed) at 9%.

When it comes to interseeding methods, broadcasting with a spreader was the top choice at 30%, followed by aerial seeding (28%), a highboy (19%). This may indicate growers are interseeding covers later in the season, rather than interseeding them prior to the crop canopy closing. 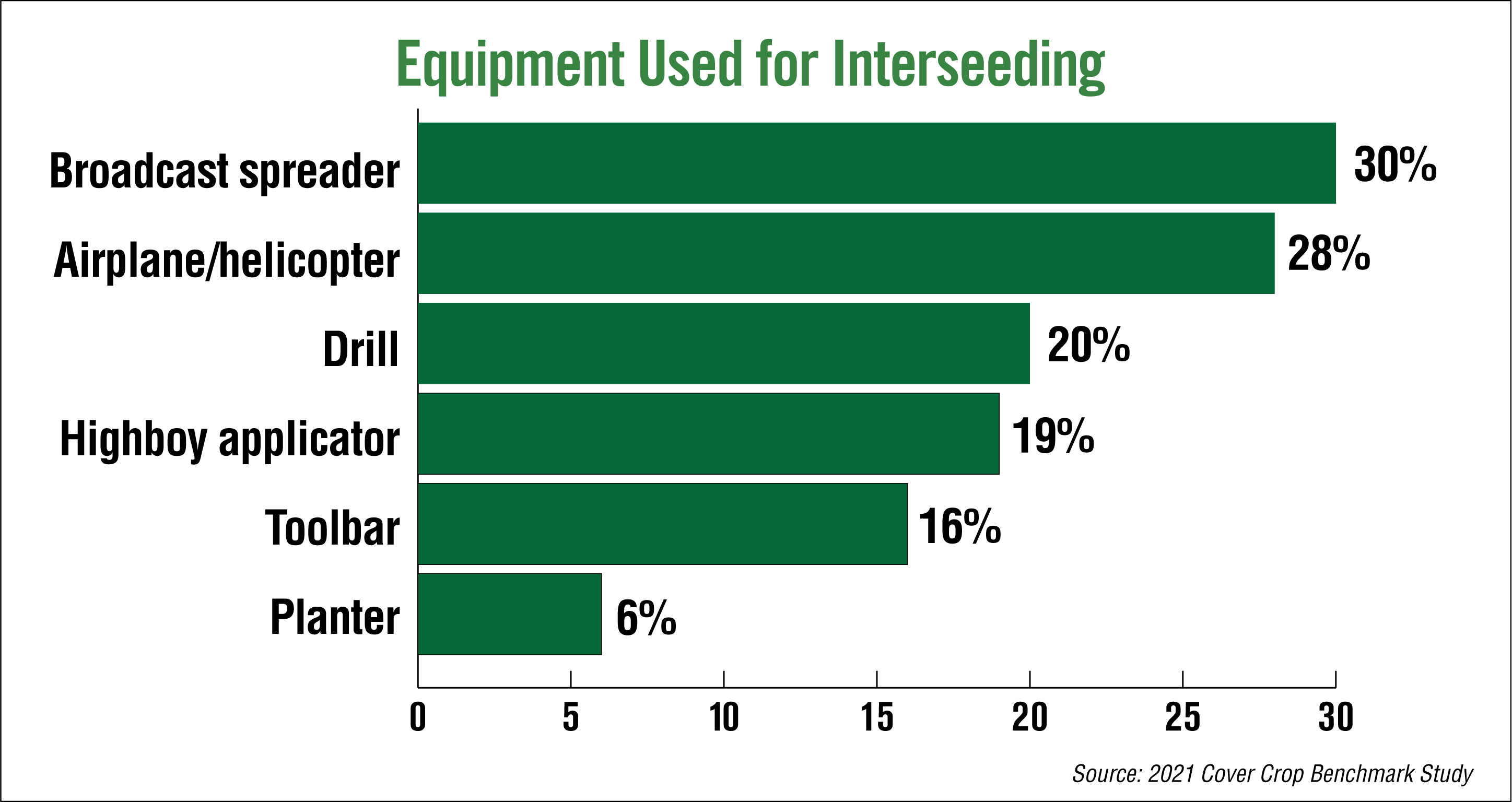 Interseeding covers can help growers get ahead of one of the primary adoption barriers they cite: having enough time left in a short growing season to get adequate establishment.

Cereal rye is one of the most-often used species for interseeding. Most growers prefer it because it can quickly add biomass, is relatively inexpensive, and is winter-hardy and easy to terminate in the spring.

Growers Using Cover Crops Are Mostly New to the Practice