The Practical Farmers of Iowa shares tips to consider for the next planting season, based on results from a recent survey of its members.

Tip No. 1: Align Practices With Goals

While we hope the expenses of your cover crops are low, sometimes the outcomes are worth the investment. For instance, the higher expense of seeding with a planter is likely justified if you're using a precision cover cropping system. If your goal is to protect against soil erosion or stimulate soil microbiology in the spring, broadcasting after harvest, especially with another input, is low cost, while also effective. 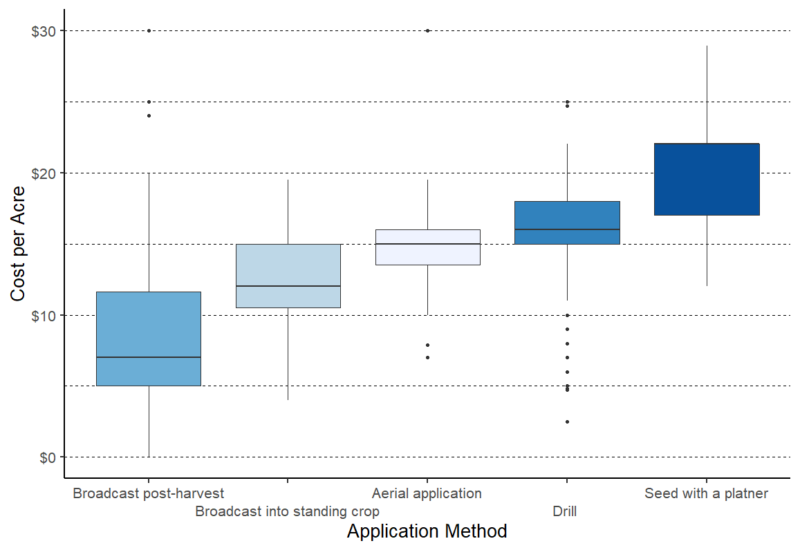 Tip No. 2: Stick to a Single Species

If your goals are soil conservation or weed suppression, one species will do the trick. If you plan to graze livestock in the fall, multiple species, especially across plant families, will likely pay off. 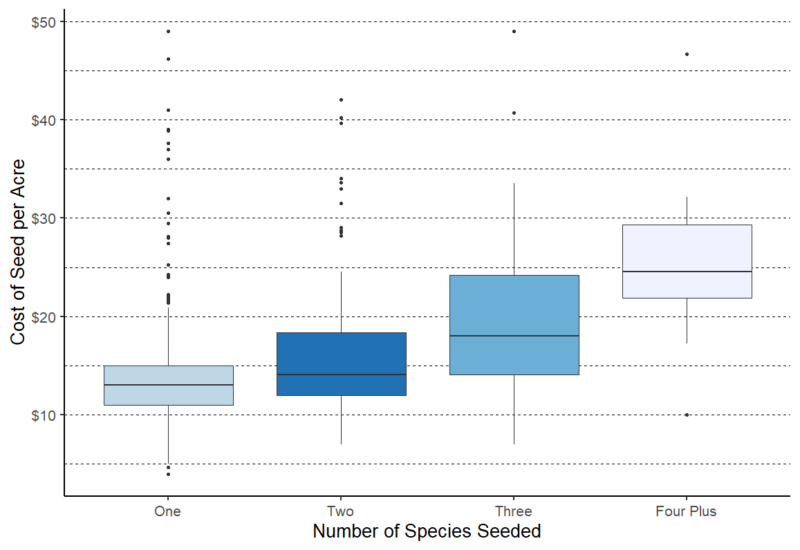 Tip No. 3: Don't Get Swindled on Cereal Rye

Cereal rye is the most commonly used species in the Midwest (over 50% of the cover crop iterations in the survey seeded straight cereal rye), and for good reason. It consistently overwinters and greens up in the spring before most everything else, plus it is affordable. Farmers use it in diverse ways: from applying it with a hi-boy at a half bushel/acre to drilling nearly three bushels/acre with plans to roller crimp. The cost per bushel also varies; see the distribution of cereal rye prices below. 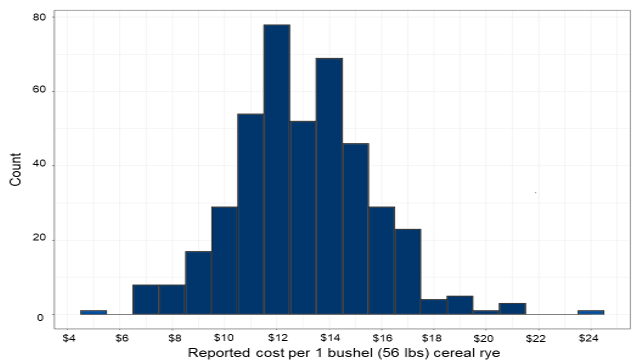 13.3% of respondents grew at least some of their own seed (saving them money), while reducing weed pressure, enabling biologically fixed N with a legume cover and increasing cash crop yields.