By Sarah Hill posted on June 8, 2021 | Posted in Seeding Practices

Farmers have always been the ultimate multi-taskers. There are so many chores to be done, from crop scouting to feeding livestock to equipment maintenance, and so much more. With so much to be done during fall harvest time and over the winter, 85% of growers are also seeding cover crops during this time frame. That is what the results of the second annual Cover Crop Strategies Cover Crop Benchmark Study found to be the case.

Although the bulk of growers are seeding covers in the fall and winter, that is not the only time when cover crops are being planted. Some 43% said they seeded covers in spring last year, while summer was the season of choice for just a quarter of growers. 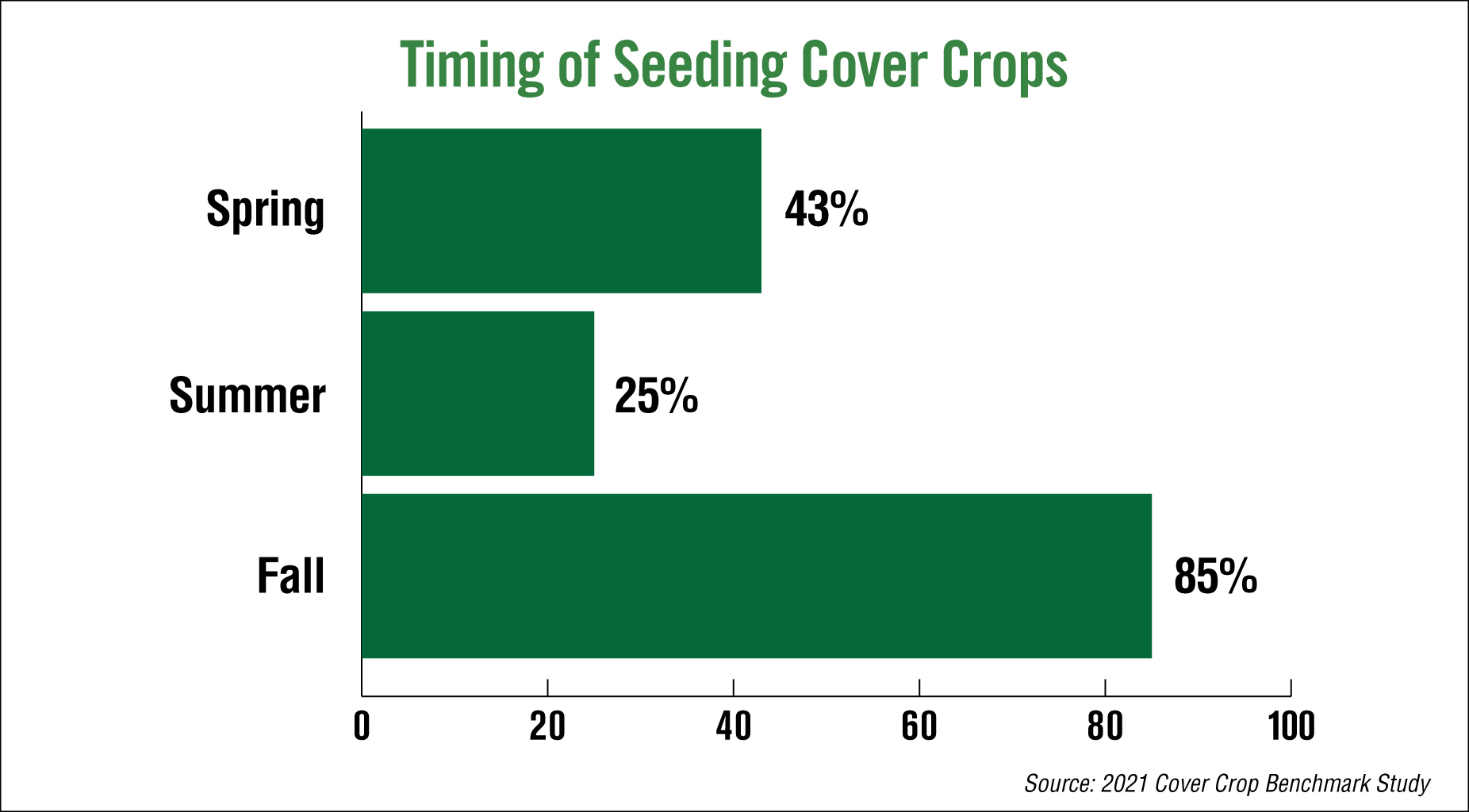 “I’m more concerned about having a living, growing cover on my acre than leaving it naked, so I’m going to plant cereal rye if I have to, even though I’m going to plant corn next year,” says fifth generation no-tiller Rick Clark, who farms 7,000 acres near Williamsport, Ind.

Growers have many options to choose from when it comes to how they will go about seeding covers. Two-thirds of respondents say they drilled in cover crops in 2020, while broadcasting was the method of choice for almost one-third. These were the top 2 methods for seeding covers in 2019 as well, according to last year’s annual Cover Crop Benchmark Study.

This year, aerial application by plane or helicopter bumped interseeding, with 18% of growers using that method to seed covers, while interseeding came in as the method of choice for 16% of respondents.

“We used to use a three-point broadcast seeder and just drive as fast as we can across the field to spread it,” says Trent Sanderson, who farms 2,000 acres of corn, soybeans and wheat in Clare, Ill. “It worked pretty well and was similar to an aerial application, but we wanted to get past the tops of the corn plants.”

Fall Cover Crops: Make a Day in September Worth a Week in October