While the benefits of cover crops often take years to become evident, the negative effects are typically more immediate and obvious. Cover crops can improve soil structure and reduce erosion. If cover crops are left on the soil surface after termination, the soil remains cool. Cover crops also can immobilize soil nitrogen (N) and leave soil water deficits, all of which can slow corn emergence and growth.

We carried out an experiment to investigate the effects of grass cover crops on the growth and development of subsequent corn. Cover crops (rye, oats and a mix of rye and oats) were grown following winter wheat on non-irrigated no-till land at the University of Nebraska South Central Ag Laboratory (SCAL) near Clay Center. The oat cover crop winterkilled and the rye was terminated with glyphosate on April 25 and May 5. Corn was planted into the residue on May 8. Corn density, height, stem diameter and developmental stage were measured weekly from June 16 to July 21.

Cover crops did not influence corn density. Early in the season, corn stalk diameter and corn height were lower in the rye and rye-oat treatments, but by the final collection date, no differences were found. 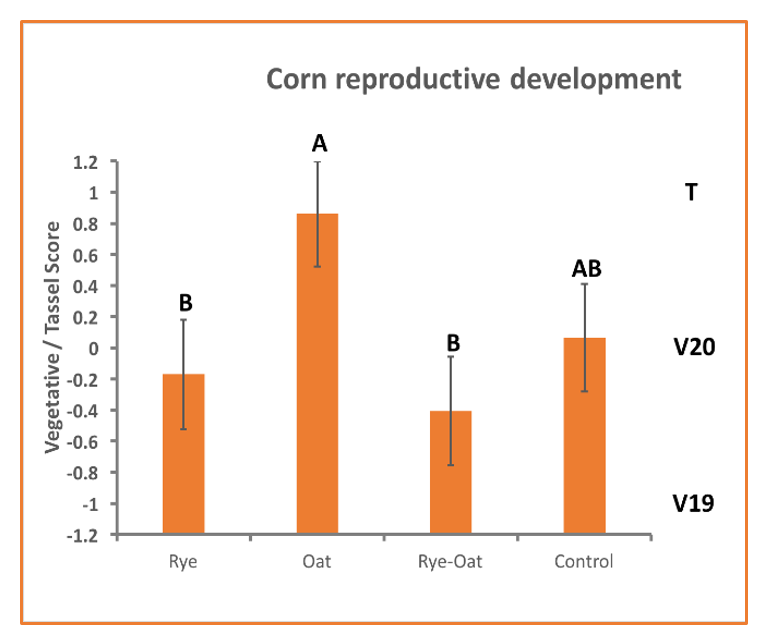 Several factors probably contributed to this difference in corn development. Heavy residue in the rye and rye-oat mix plots at corn planting could have delayed warming of the soil, slowing emergence and corn development compared to the oat plots, where residue was mostly decomposed (Figure 2).

In addition, soil water availability after rye could have impacted corn growth. Rye was actively growing until 2 weeks before corn planting, and could have used more soil water than what was replenished by the rains in April and May.

It is also possible that the differences in corn development were due to N immobilization. The oat cover crop winter-killed and thus had a longer time to decompose than the rye cover crop. N in the oat residue might have become available to the corn in May and June, a time when corn N demands are greatest. 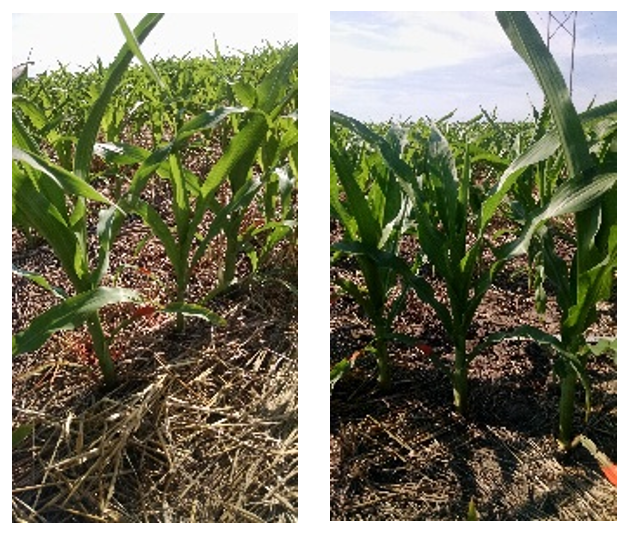 From the first year data of this study, it appears that most effects of cover crops on corn growth are short-lived. To understand and alleviate possible negative effects of cover crops, future research should include soil temperature and soil water measurements. Cover crops that winterkill might be more appropriate under non-irrigated conditions in south-central Nebraska, as they allow for soil water replenishment before the next crop is planted. Corn yield data will be collected in the fall and will help determine cover crop impacts on corn yields.