The Saskatchewan Forage Council has created a resource for cattle producers on successful perennial pastures.

Traditional annuals and cocktail cover crop mixtures can make great forage for cattle on a temporary basis, but over the long haul a good stand of perennial pasture may be the best choice, according to Lorne Klein, range management extension specialist, Saskatchewan Ministry of Agriculture at Weyburn.

As a resource for producers who want to establish a good perennial pasture, he recommends a document called Successful Forage Crop Establishment, published by the Saskatchewan Forage Council. 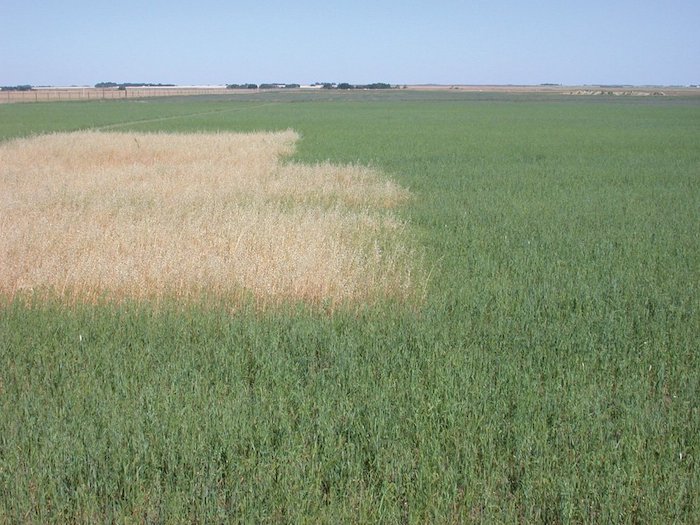 “The important thing is to plan ahead. Order seed the winter before you plant, and know the germination details. Make sure you are ordering the right species and varieties for your own situation,” Klein says. “For instance, whether your basic grass should be meadow brome or crested wheatgrass will depend on your soils and climate.”

Also consider whether there is any herbicide residue from the year before, says Klein, as it can affect what you’re trying to plant this year.

Managing plant residue from the previous year is also important.

“If there was a massive amount of straw and it was spread rather than chopped, it may interfere with seeding. You need to think of all the things that could go wrong,” says Klein.

Also consider whether perennial weed control was lacking in previous years, Klein says, as it can be a big issue.

“Perennial weeds, whether quack grass, Canada thistle or some other prolific plant can be hard to control — especially if you are using a combination of legume and grass, which a good pasture should have.”

Lastiwka says while some people are concerned about bloat in high-legume pastures, non-bloating species are available. A good pasture has several functional species types, he says.

“I want a grass that regrows rapidly after grazing, and one that will provide a bit of sod to protect and create surface cover. In some areas it is a challenge to keep enough litter on the surface so that it can protect the ground when it’s suddenly rainy or there’s a lot of frost coming out of the ground. I want to seed a pasture for all seasons,” he explains.

“For a perennial stand, look for varieties that last a long time and can back that up with Canadian test results. In my mind these would include a rapid-regrowth grass, preferably something with drought tolerance,” says Lastiwka. He adds that their forage project focuses on Canadian varieties bred for local and regional Canadian conditions.

Lastiwka says productivity of hay stands and pastures across Western Canada has been dropping over the years, particularly since forages are generally seeded on the poorest lands. The land that isn’t productive enough for grain is left for pasture or hay. Even with good management, it’s hard to improve yield of pastures that started as old hay fields.

“If forage crops are on our poorest lands, there are usually some limitations. We need to figure out what those are, and then determine what might be best to plant in those conditions,” says Lastiwka.

Producers with a mosaic of soils in their pasture can use a seed mix that contains something that will work on those areas, says Klein. Temporary flooding and salinity are the two biggest categories, he adds.

“Depending on the acreage, I normally suggest that people pick the main species they want and seed the whole field with that — and then go back and touch up the problem spots with different species that are either saline- or flood-tolerant,” Klein says.

If these are large areas, however, a producer might use a different approach and seed those places with the appropriate species to begin with, he adds.

Light-textured soils such as sand or gravel can also be a challenge because they won’t hold water well. Producers may need a more drought-tolerant variety.

Next determine whether to seed a nurse crop.

“There are reasons to use a nurse crop, and reasons to not,” says Klein. “My personal preference, because of the climate I’m in — where we can normally count on rain — is to include a nurse crop but cut back on the seeding rate, with intention of cutting it for greenfeed, as opposed to full seeding rate and combining it.”

Klein adds that some people advise against nurse crops and others seed a full-rate nurse crop, then combine it.

“I feel that a full crop presents too much competition for your new seeding of perennials, so I opt for somewhere in the middle,” Klein says.

But, Klein adds, he likes the idea of a nurse crop “because as one producer told me, ‘You are going to get a nurse crop whether you seed one or not. There will be some volunteer plants and a flush of weeds.’”

Klein thinks it’s a good idea to seed a cereal at about 25 to 30 lbs. per acre. “I won’t get the biggest crop of greenfeed, but my goal is for the permanent pasture to come in strong and healthy,” he says.

Where Klein works, in southeastern Saskatchewan, producers can usually count on rain, and June is usually the wettest month, says Klein.

“To allow better weed control, I am never in a big hurry to seed perennial forage very early in the spring,” says Klein. “Some people say you need to get it in early but I want to let that first flush of weeds appear first, so I can burn them off.”

Klein’s goal is to get the seed in the ground before June, just ahead of their normal June rains. That allows them to get an extra hit on seed control ahead of seeding, Klein explains.

Lastiwka says it is important to ready the land in advance. For example, he’s worked with a producer who uses an annual crop to set up the nutrients and ready the seed bed with the proper tilth, organic matter and fertility for his pasture or hay. In the spring, he probes the soil. If the soil is too hard or dry, he puts the field into annuals for another year.

“This gives him the time to get optimal conditions for the perennial seeding to be the best it can be,” says Lastiwka. “His hay yields across all his stands — older and new — were almost three times our provincial yields,” says Lastiwka.

Soil organic matter and litter are crucial for the soil to be a living, breathing organism.

“You want the soil to be able to aid those plants and grow with them,” he says.

“The most important thing is to not seed too deep,” says Klein. He adds that this problem is likely less common today with zero till.

“Most of the equipment today has individual shank control and you can put the seed into the ground half an inch. An inch is too deep.”

His personal preference (because it is easy) is to just blow the seed on with a Valmar and then harrow it into the ground.

“If I start with a field that didn’t need any tillage because I controlled all the weeds with herbicide, the ground will be firm,” says Klein. “If I blow the seed on and harrow it in, I have 100 per cent confidence that I won’t bury the seed too deep. Another thing I like about that method is that it doesn’t leave row spaces or bare soil.”

While most seeding equipment today creates a row space, some grasses will fill even wide row spaces over time, he adds. The disadvantage of broadcasting seed is that it means waiting for rain.

“With a drill, you have on-row packing. If there is soil moisture right to the top, you still get germination right away, even without a rain,” Klein says. For some producers in some locations, this could be the best option.

Ideal seeding rates depend on the species and a producer’s goals. While some people think perennial forages should be seeded at 10 lbs. per acre, Klein says in many cases, after penciling it out, he’s told producers that they can seed less. He starts with the species a producer wants to plant and calculates how many seeds per pound. Next he thinks about how many seeds per square foot they need.

“There is a tendency to seed heavier rates than needed, but it’s best to err on the side of too much than not enough,” says Klein.

Whether the seed has been coated also affects the calculation. For example, depending on the thickness of the coating, it can increase the seed size of alfalfa by about a third, Klein explains.

A high seeding rate is an insurance policy, Klein says, and allows producers to make mistakes.

“But I prefer to look after the details and try to avoid mistakes, and then I have the option to not have to overdo seeding rate,” says Klein.

The seeding plan will also depend on whether it will be a hayfield or pasture.

“If it’s a hayfield, you might consider picking rocks or rolling it after seeding, if you have stones,” says Klein. “No one likes to bump across a field, running stones through the machinery.”

Insect control, especially for grasshoppers, deserves consideration some years. So does inoculation or scarification of legume seeds.

“Most of the time, the seed companies do that for you, but it never hurts to ask. If you are seeding legumes, you want to make sure they were inoculated and scarified, for best results,” says Klein.