Conventional growers can terminate a cover crop at any time before planting soybeans to avoid yield penalties of 0.25 to 0.63 bushels per acre for each day planting is delayed after May 1 (Specht, related story).

Based on current literature and two years of experiences at the South Central Ag Lab (SCAL) near Clay Center and at three cooperating farms, best management practices for crimping a triticale or rye cover crop to suppress weeds in soybeans include:

Planting soybeans or green beans by mid-May into a mulch crop requires planting into the cover crop within two weeks by roller-crimping or using an early-flowering small grain crop crimped before or after planting. 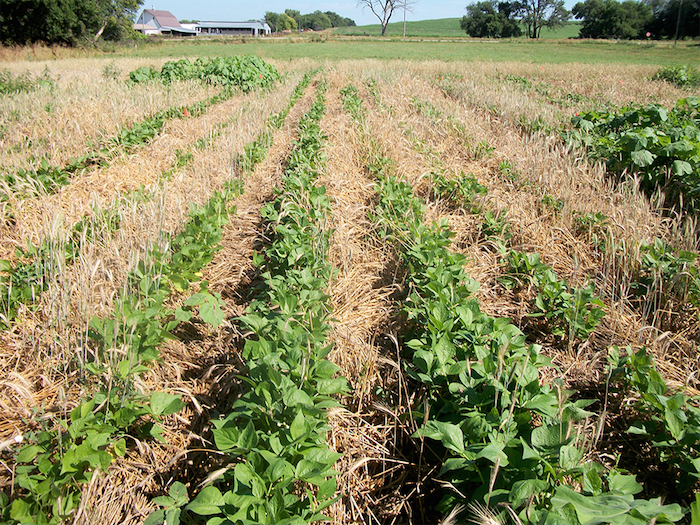 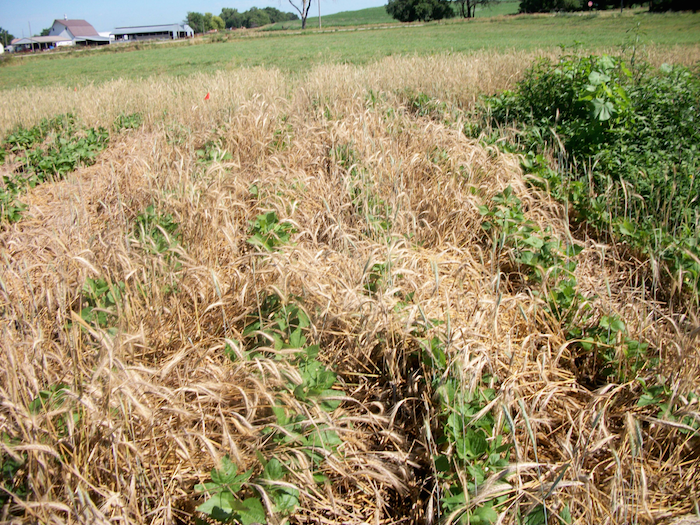 Triticale was pushed up by bean growth when planting green beans before crimping.

Elbon rye, the earliest flowering commercial rye cultivar adapted to southern Nebraska, flowers from May 12 to 31, depending on the year. Commercial triticale cultivars flower up to two weeks later. However, rye is considered a noxious weed as seed produced by volunteer plants can contaminate wheat grain. Therefore, we focused on triticale and screened 28 early-flowering, high-biomass experimental triticale lines for use as a mulch crop. These were narrowed to seven promising lines. Our earliest experimental triticale lines flowered five to seven days later than Elbon rye.

Read more of this article to see results of the 2017 research at SCAL.

Tips for Using Corn as a Cover Crop

A Cash Crop Farmer’s Advice for a Successful Cover Crop

Location: Louisville, KY
For more than a quarter of a century, the National No-Tillage Conference has been providing the practical tips and information you need to run a more successful no-till operation. In our 30th anniversary year, we’re ready to do it again as our event returns to beautiful downtown Louisville, Ky., at the legendary Galt House Hotel.
View Event
More Events