I think folks who are into the cover crop movement and no-till are really starting to think about sustainability a little differently.

We talk about economics a lot, which I think is imperative. I’ve participated in the carbon market, as some of you may know, and I encourage farmers to get educated on it. For me, it’s been very positive, and now there’s a whole bunch of different companies active in that market space.

There are all kinds of carbon markets out there. If we’re going to help offset the effects of climate change, let’s do it — but also, let’s get paid for it if we can.

Nori is the company I’ve dealt with, but who do you sign with? Who do you not sign with? Who’s doing it well? Who isn’t? Is the government going to come in? Right now, it seems like it’s a bit of a Wild West and hopefully, these markets will lead to some consumerism.

I am an environmentalist and a farmer. So, what I’m trying to do is take both worlds and join them together with all the technology we have. With cover crops, with all these different things, it’s very possible. I think that within a group of farmers, we all have a desire to make the world a little better. That’s why we farm. We produce food for folks and we do it with a lot of pride.

Carbon-smart farming is simple. It’s just no-till, cover crops, living roots all year to maximize sunlight and accurately sequester carbon into the soil from the air. That’s what builds soil health. That’s what gives us better water infiltration, drought tolerance and all the things that we’re really shooting for with cover crops so we can reduce inputs, which is better for the environment. 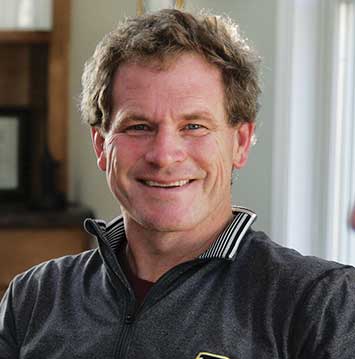 “I am an environmentalist and a farmer. So what I’m trying to do is take both worlds and join them together…” – Trey Hill

I’ve been focused on nitrogen (N) management for 10 years and carbon-to-N ratios as well. On our farm we’ve got a high carbon-to-N ratio, so we use a 3-way cover crop mix including crimson clover and cereal rye. That gets me the early flowers and a root tapper. And it gives me a little N fixation to offset that cereal. I’ve found that balance works really well. As the soils get healthier, we start to see an increase in yields.

To me, the big question within the N cycle is, when do you get that N back from cover crops? In cereal rye, is it within the season? Is it soon enough?

We took all the cover crop biomass and analyzed it and tried to figure out exactly how much N we’re going to get. We wanted to see what the feed content was, what the carbon-to-N ratio was, and where we needed to worry. We started to get into some pretty high carbon-to-N ratios.

Trying to get that nutrient cycle going is important and understanding that patience is required. Everybody’s soils are different and locations are different. The climate, the environment, everything is so different.

Steve Mirsky, a research ecologist with USDA’s Agricultural Research Service (ARS), has been conducting research on my farm for the past 5 years, studying cereal rye and N cycling. He’s found that cereal rye has a high carbon-to-N ratio throughout the whole Northeast and mid-Atlantic region.

Another one of my mentors, Ray Weil, professor at the University of Maryland, taught me that legumes release N really quickly. I am getting 60-70 pounds of N early in that first 50 days. We had a 30% release of N about 15 days after corn was planted, which is pretty early in the life of the corn crop.

If you’re new to cover crops, I’d caution you to start with a too high carbon-to-N ratio, because your soil is not starting that cycle. Some of that N is going to actually go towards next year’s crop, because of the residue.

We really see risk mitigation with the cover crops and planting green. It works for me, but everybody has their own thing. Getting Paid to Raise Cover Crops

How to Change with the Climate to Maintain No-Till Yields, Productivity