Farmer from Marion, Ill., Adam Dahmer, to discuss his approach to cover crop management, it's evolution on his farm and tips for newcomers at the 2019 National Cover Crop Summit. 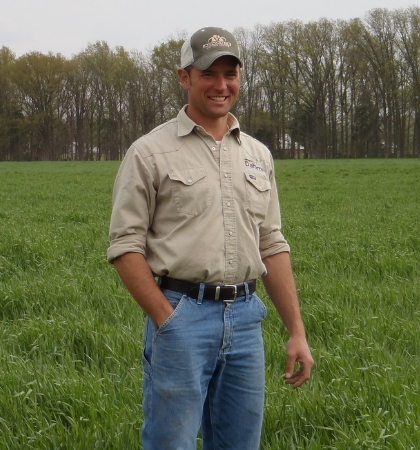 Adam Dahmer doesn’t like to call setbacks he’s experienced with cover crops in the past as “failures” but as learning opportunities providing knowledge to move forward. Having the privilege of being raised on a farm that was 100% no-till before he was born, soil health has been the center of attention for Adam, as he’s worked with cover crops for 20 years.

During the 2019 National Cover Crop Summit, March 20-21, 2019 — a free-to-attend online event featuring a series of knowledge-building sessions taught by the foremost authorities on covers today — the Marion, Ill., grower will detail his current approach to cover crop management on his 1,300-acre farm and how it’s evolved over 20 years, and goals he’s set for the future with covers as he works to improve the profitability and sustainability of his no-till system. With the benefit of a longer-term perspective, Dahmer will also share some tips and advice for cover crop newcomers on how to get off to a successful start and get past early stumbling blocks. Registration to attend the National Cover Crop Summit can be made at CoverCropSummit.com.

Dahmer’s is one of several educational video sessions that will go live each day from March 20-21, allowing National Cover Crop Summit attendees the opportunity to choose the speakers and sessions they’re most interested in and participate on their own schedule. Attendees will also be able to ask questions during the presentation and get timely feedback from the speakers, enhancing the interactive and educational nature of this inaugural event.

The first 10 presenters to headline the National Cover Crop Summit have been announced, along with their session topics. A detailed overview of each presentation can be found CoverCropSummit.com.

Additional speakers for this event will announced in the coming weeks. The initial list of committed presenters and topics includes:

An Interview with Adam Dahmer 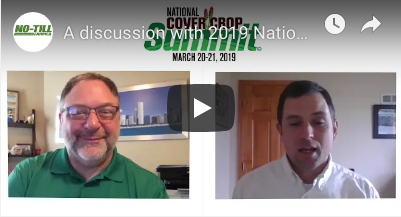 Through the America Society of Agronomy (ASA) and Soil Science Society of America (SSSA), a total of 9 continuing education credits have been approved for the National Cover Crop Summit. A list of approved sessions and their credit eligibility can be found in the Frequently Asked Questions on the event website.