Growers are seeing the soil health benefits of cover crops firsthand — and it’s encouraging them to continue the practice, even if they’re not being paid for it.

More and more governments and organizations are offering incentives to growers to offset costs of planting cover crops. But over half of growers don’t receive incentive payments, according to results from Cover Crop Strategies’ 2nd annual Cover Crop Benchmark Study.

A third of growers who responded said they receive payments from federal programs such as the Environmental Quality Incentives Program (EQIP), while only 13% are paid from either state or local programs. 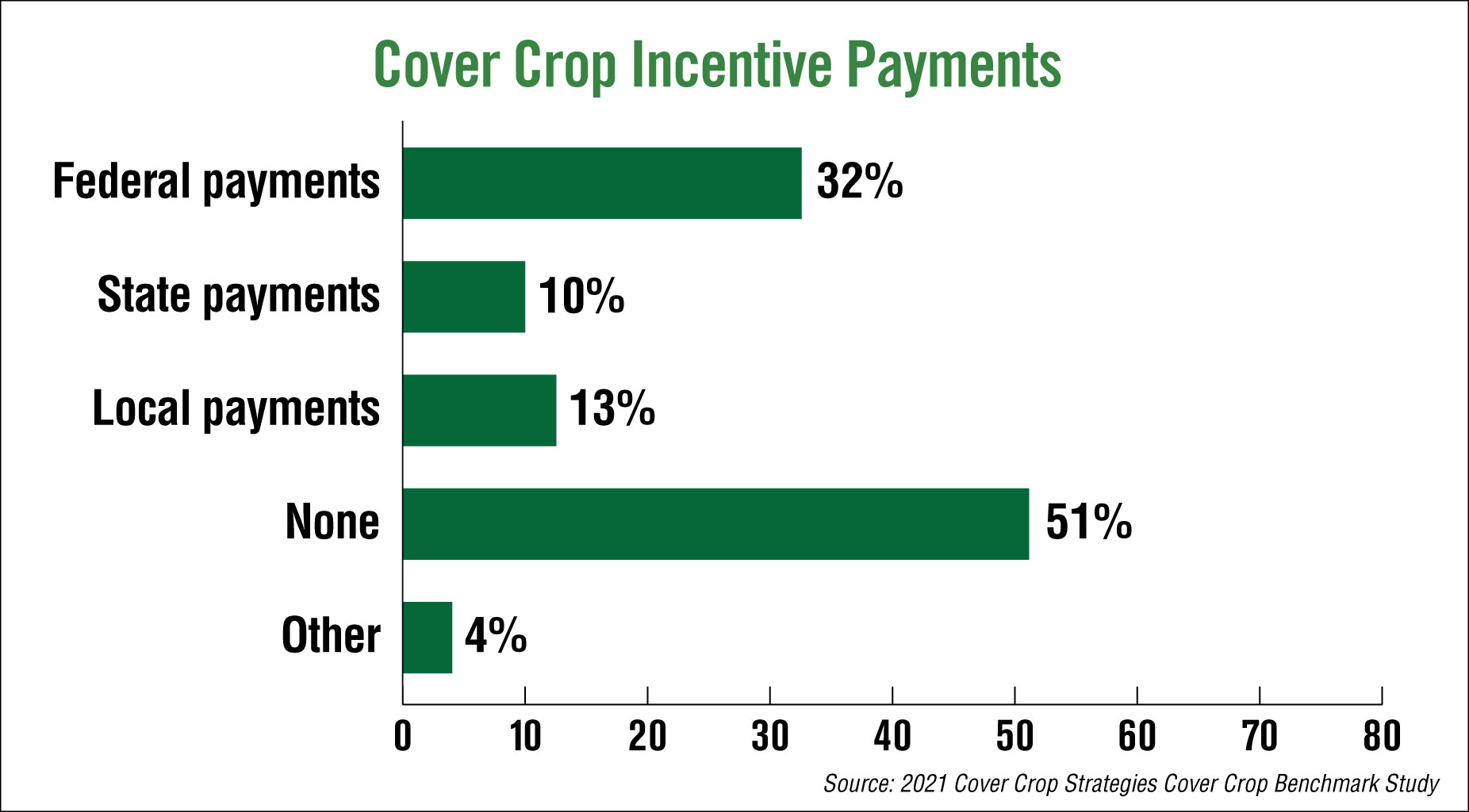 Survey respondents were also asked to rank their top 3 reasons for growing cover crops and most say improving soil health is the driving motivation.

“If we take care of the soil, we’ll have not only better soil health but better yields and profitability,” says Herington, Kan., grower Shawn Tiffany. “I will say no-tilling and cover cropping is the most forgiving thing I’ve ever done in farming. Every single time it has worked.”

Ranking second in importance among respondents was increasing soil organic matter at 18%, the same reason that held the number 2 spot in last year’s survey results.

Survey participants were also asked to rank the level of benefit they’ve seen from cover crops in their operation on a wide variety of areas — from increased yields to weed suppression to reduced soil compaction and more. The results found that 57% of growers received most benefit in the form of erosion prevention, 40% received maximum benefit from better soil biological activity, and 38% indicated improved rainfall infiltration. These were the same top 3 benefits that growers ranked in last year’s survey.

“Sustainability is key for weed control, and you can still do that with a grass cover crop,” says Jon Spreng, a no-tiller and crop consultant from Perrysville, Ohio. “That’s a direction some are going, and I think it’s wise. Control winter annual weeds in the fall and add a desirable cover crop for more effective weed control.”